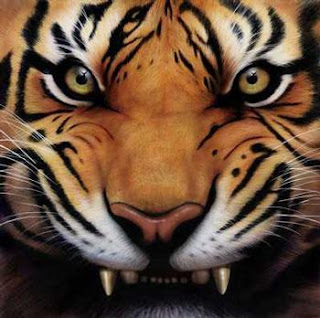 How often do you hear folks talk about how 'The Government' will come to our aid in troubled times?

It is true that they will turn out- but as often as not late, in the wrong place and/or not in a position to be of any actual use.

In the late sixties/early seventies a tiger escaped from Wellington Zoo. Leaping to the defense of the city, a group of troops from Shelley Bay and Dorset were rounded up and issued with the latest and greatest new SLR's. A little on the light side for Panthera tigris for my liking, but soldiering is a contact sport and you have a reassuring 20 round magazine on said SLR.

So the troops/tiger bait debus at Newtown and are issued ammunition.

Now troopies who are about to go on safari notice little details that quartermasters chose not to.

So off they went looking for (or trying not to look for) kitty with 7.62 rifles and .303 ammunition.

The police, having not been blessed with nice new SLR's, managed to shoot the Tiger with one of their .303's- which happily came with the correct ammunition.

This is the sort of silly thing that used to (and still does) happen all the time...
Posted by Oswald Bastable at 20:23