Former Government minister Phillida Bunkle has been given diversion after pleading guilty to taking about $30 worth of items from a supermarket.

The former Alliance MP and Consumer Affairs Minister was charged with theft after walking out of a Paraparaumu supermarket without paying for coffee and a bottle of wine on October 16.

The Dominion Post reported yesterday that Bunkle had returned from Britain, where she had been for several weeks, to face the charge at Porirua District Court.

The judge was convinced that, as a former Alliance MP, Bunkum genuinely did not understand that it is wrong to take other peoples property.

I ate the little fucker!

Me:
More sex
More Money
A Luger
Posted by Oswald Bastable at 20:44 4 comments:

After an IE meltdown, I finally upgraded to Mozilla Firefox.

Why did I wait so long!- I have had this PC for six months now (The old one wouldn't run a real browser)

Screw you Microsoftcocks!
Posted by Oswald Bastable at 20:00 7 comments:

"...Police chose not to lay charges against a 21-year-old who fathered a child with a 13-year-old girl - even though he confessed to police he had been having sex with a minor..."

I would be choosing to cut the friggin' pedophille's balls off and feed them to him!

"...Asked about police protocols in the case of someone having sex with a minor, a spokesperson at Police National Headquarters said charges were laid only if there was sufficient evidence and proceeding with a case was in the public interest..."

How about DNA evidence?

Or is he planning a career in the labour party?

I was going to have a go about the endless shows involving simpering poofters telling us how to dress & live.

But I found This and couldn't have put it better myself!
Posted by Oswald Bastable at 21:21 2 comments:

Well- it was a start!

"...Two protesters who disrupted Wellington's Anzac Day dawn service by setting fire to a New Zealand flag and blowing a horn have been convicted in Wellington District Court..."

Tar & Feathers would have been good, along with a day in the stocks.

Having the shit kicked out of them at the after-match fuction even better!
Posted by Oswald Bastable at 21:09 10 comments:

I didn't know that the dick-licking UN were behind this bollocks, until I read the previously linked article- but I'm not suprised.

For you neutered nannys of the UN- NOT SMACKING WOMEN ABOUT IS THE DEFAULT SETTING-RIGHT!

I see no need to 'show proof' that I'm agin it! (generally- I know a few that would be improved by a pickaxe through the spinal column!)

"...The New Zealand Crime and Safety Survey 2006 found that 26 per cent of women can expect to experience violence by a male partner during their lifetime..." 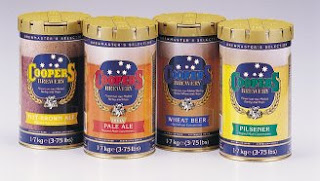 After an 18 month break, I'm back into brewing my own.

The discounter that was selling dirt cheap beer is gone and the replacement's pencil is not nearly as sharp.

I need another fermenter and the still will be coming back into use too.


On the subject, a clean up of the garage yielded 8 litres of misc. spirits and liquers, hidden behind assorted junk. This haul included several bottles of 19 year-old homemade Elderberry wine!
Posted by Oswald Bastable at 21:04 5 comments:

The Workplace and Workers

50% are nominally competent at their job- at least when closely supervised by a competent supervisor. This is not a state that happens as often as it should.

10% are self-starters and can do their job without somebody holding their hand. They will turn up and actually look for useful things to do.

2% are self-starters that will find ways of doing the job better, faster or cheaper. You hope they won't move to bigger and better things. 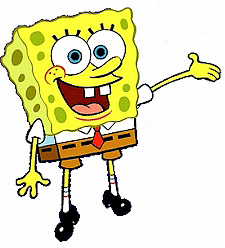 It's that time of year again!

Spare a thought for the cleaners that have to de-puke the trains and buses tonight!

It was a hot day today and there were more drunks at large than on the streets of Hokitika on VE day, 1945.

One of the lads on cleanup last year (age 18) made the interesting comment that had a younger crowd at a rock concert left such a trail of refuse, discarded clothing, glass and vomit- the media would have had a field day with it. 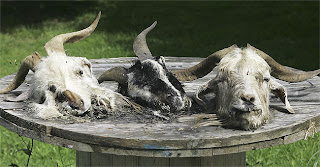 Did this article need a graphic images warning?

A couple of friggin goat heads! They have probably been left out for the flesh to rot off- a lot of folks do that as they want to keep the skulls and horns. No satanic rituals to see here- move along!

"...A Waikato SPCA animal inspector said it was "very graphic and horrific" and severed animal heads should never be left in full public view..."

You friggin soft-cock weenie! Take a look in the butcher's shop and you will see pigs heads and other bits of critter. Whats the bloody difference?

Another non-story about the pussification of New Zealand...
Posted by Oswald Bastable at 21:37 6 comments: 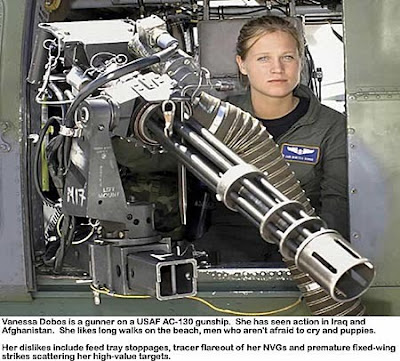 Nobody expects the Spanish Inqisition!

Or the Cigarette Gestapo!

Honestly, with all that is going on in our world, can't you wannabe Dick Tracy types GET OUT AND CATCH SOME CROOKS!

I mean- what is this shit:

"...A 14-year-old volunteer, the Wairarapa DHB Public Health Smokefree enforcement officer and a Ministry of Health Enforcement Officer visited 12 Masterton and three Carterton dairies recently checking to see if retailers were selling cigarettes to minors in a Controlled Purchase Operation..."

Do these pricks dress up in a Fedora and a black leather trenchcoat and pose in front of the mirror at night, practicing saying "papers!" in a menacing tone?

Get real jobs!
Posted by Oswald Bastable at 21:26 9 comments:

If you have invisible friends- keep them to yourself!

"...Police confirmed yesterday the death of Moses, who has two daughters aged three and one, was suspicious and a homicide inquiry was under way.

It was believed she drowned in an "extensive amount" of water held in plastic containers in the lounge of the house. Up to 40 people were watching the ceremony when she died..."

Because other fuckwits will try to 'save' you.

And ther is nothing quite as dangerous as well-meaning fucktards....
Posted by Oswald Bastable at 21:52 10 comments:

"Almost 20 per cent of men do not wash their hands after using public toilets, a national hand hygiene survey has found..."

More anti- male crap which implies we are dirtier than saintly women!

We are comnparing apples with oranges here- or perhaps bananas with peaches!

News flash! Males and females have different plumbing and to be blunt- males don't have to wipe urine off themslves (usually) Unlike Jornos, most of us have mastered the art of not pissing on our fingers!

I find the fact that 8% of women don't wash fingers that have been in amongst their bits & pieces more disturbing.

And when leaving a public toilet- your hands are going to touch the doorhandle which was touched by the scrubbed and the filthy!

I have been in many a public toilet where Mr Wobbly was the cleaner than any fixture in the room!

Perhaps it's time gloves came back into fashion...
Posted by Oswald Bastable at 21:55 9 comments:

Watch now for an upsurge in improvised fireworks/explosives as the young and stupid explore a mostly consequence-free NZ.

All the materials are available on the supermarket shelves.

Don't expect ME to tell you what they are!

My prediction is that bomb-making efforts will take off next year.

It won't be terrorists- just dumbass boys on the way to meet Darwin...
Posted by Oswald Bastable at 07:58 2 comments:

On a more serious note

Stealing from an Ambulance:

One of the lower things that a scumbag could choose to do. It's in the same league as stealing food from children or taking a pensioner's life savings.

Bastinado or keel-hauling sounds about right- for a first offense.
Posted by Oswald Bastable at 22:22 No comments:

I brought one, something I have never done before.

Now I'm thinking- 'What the hell do I do with the frickin thing!'

So Long- nobbled by the Govamint- again! 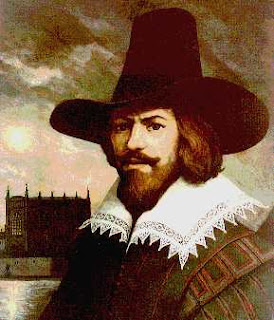 You wicked people- look what you made us do to you!
Since some of you can't behave- no fireworks for anybody!
Now go to bed and think about what you have done- while we find something else to regulate, ban or censure!
Posted by Oswald Bastable at 20:09 14 comments:

I did it yet again!

I have a bit of a 'thing' for just avoiding smashes on the Rimutakas. When I say just avoiding, I mean that I have passed the about to be crash site five minutes or less before the incident. This has happend on no less than eight occasions- about once a year. Not so much now that I'm working locally.

Today's one would have happened less than 60 seconds after we passed the site, going by the position of the convoy of emergency services.

When I was commuting, there would be signs of a new crash (broken glass, fences down or paint on the rock) at least three times a week. It's not really a hard road at all. You just have to slow down in the wet, wind or when there is ice on the road.

I did it again today!

I arrived at the club and a chap who arrived 5 minutes after me asked "Did you see the burning motorcycle on the side of the road?"

Wasn't there when I went past that spot!

Before you ask- yes- I did get that new pair of glasses!
Posted by Oswald Bastable at 21:06 8 comments:

"You won't see cops with guns on the streets of 'Rich White suburbs'"- according to the bleeding heart brigade.

Take a look at the news and see what is going on in the 'Rich White suburb' of Mirimar right now.

Discussion has gotten a little off-subject, which is fine, but the post was pointing out that statements by scum-loving lawyers after the latest raids out in the jungle. I don't hear the people of Mirimar whinging that they have been terrorised and traumatised by the black-clad colonial oppressors!