Colin Craig veers to the left

DOUBLE the tax on alcohol indeed!

Straight out of the mouths of the enemy.

What your demographic* wants to hear is that you will PUNISH the ABUSERS.

Bring back the crime of Drunk and DISORDERLY in a pubic place. A night in a nasty cell and a stiff fine.

Alcohol related medical treatment cops a bill for the cost of treatment.

Simple, really- now write it out a hundred times!

*- and a few of the left, I suspect. Their principles (such as they have) are somewhat flexible when party policies impact on their pleasures or pockets

"Cash-strapped Wairarapa families are stealing food to survive.
Left with just $50 for food some are risking their health or being arrested for stealing from supermarkets and shops to provide for their families.
One Masterton woman has admitted to dumpster diving and stealing food and local advocates say she isn't the only one resorting to breaking the law to feed children..."
I recall tales of the depression era from grandparents who lived through them. Hard times are not exactly a new phenomena, nor will they ever totally go away. What I heard was that kids did not starve- they just had to eat what was set before them and that meant cheap and little variety. Hell, variety then meant what was seasonal for almost everyone.
Staples were home-grown vegetables- spuds, silverbeet and cabbage. Bread was replaced with fried scones and the only sweetening was golden syrup. Meat was a luxury if you didn't hunt or fish- or trade with somebody who did.
Fried scones can be made for next to nothing and sure beat an empty stomach. Id you must have drink or tobacco, both can be had for very little. Tobacco is easy to grow (it's just a weed) and to cure. Seasonal fruit can be fermented (windfall apples are available for the taking)
Come to think of it, if the washing machine breaks, there is always the bar soap and washboard that has served for many generations.
It's just a fact of life that if you are poor, you are not entitled to the luxuries of the more affluent.
Televisions, vacuum cleaners, washing machines, SKY TV, microwave ovens, dvd players- these are not essential for life. Nor do you need pre-prepared food.
Go the the local library and get a few historical books on how people lived a century ago. Learn how to work with what you have- which is much more than your great-grandparents had.
Posted by Oswald Bastable at 12:40 4 comments: 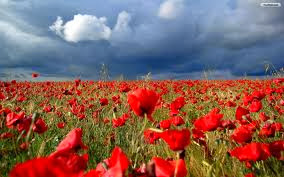