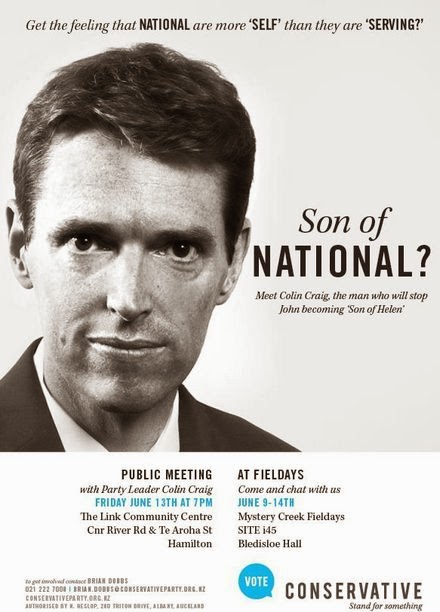 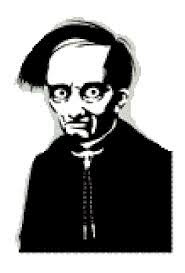 The bottom one is closer to the election poster up around here!
What were you thinking?


"...As politicians seek the limelight in the run-up to the general election, Race Relations Commissioner Dame Susan Devoy has hit out at ACT attacks on Maori...
...She labelled comments by ACT leader Jamie Whyte that Maori enjoyed legal privilege "grotesque and inflammatory"…"
So what is the fuss about?
The ACT leader has DARED to state that one of ACT's core principles had always been that the law should be colour blind and should treat everybody equally.
Anyone who's brain has not been addled by socialist 'thinking' should see the fairness in that!.
If their brain has been turned into a rancid protein slushy, then its 'Racist and Redneck'!

While I'm on the redneck bit- the turn was used by those who perceived the lowly field hand with his sunburn neck from toiling outdoors was their social inferior. No wonder the left like to use the term. They have the same distain for the ordinary working NZ'r...
Posted by Oswald Bastable at 21:34 3 comments:

"Former Carterton mayor Georgina Beyer will stand for the Mana Party in Te Tai Tonga, saying she was doing so partly to atone for voting for the Foreshore and Seabed Act in 2004…"

How fitting- a worthless MP (once described by I MP I know as: 'the laziest MP in parliament'), for a worthless party.
Posted by Oswald Bastable at 20:30 No comments:

MSM saying what needed to be said for once

"Road crashes happen. There is news reporting, processing of photographs, and getting comment. And then afterwards, there's the reflection on how much mess one person can cause on our roads. I can't even begin to guess what Cheyenne Ihaka's life was about, and his family won't thank me for attempting to analyse what he amounted to, or criticising him in this editorial…"
Couldn't have said it better myself (well- I could have but it wouldn't have been printed)
Posted by Oswald Bastable at 21:34 1 comment:

"Commissioners at the Kaipara District Council are seeking legal advice to decide whether people or organisations responsible for the $80 million blowout of the Mangawhai wastewater treatment plant can be held accountable…"
Fat chance of any council being held accountable for anything less than- wait- scratch the last four words.

There is more accountability and transparency in central government than of the local satraps. Do the elected officials even declare their political alliances?- mostly not.

As in central government, the ones to really watch out for are the top echelons of unelected departmental management. But I suspect those in local government find it easier to blinker the generally much greener local body elected types.

Watch the Kaipara case and we will see how effectivly central government oversees the local tyrants...
Posted by Oswald Bastable at 20:19 1 comment:

Watch the commonwealth games or total war on my current ant invasion?

It's looking real bad for the ants...
Posted by Oswald Bastable at 20:30 3 comments:

The latest idiocy is to have a bucket of iced water poured over you- and then challenge some other idiots to do it to themselves.

I just go to work to get freezing cold water down my neck. It's called fixing a broken pipe. Nothing to see here folks...
Posted by Oswald Bastable at 20:04 1 comment:

"A woman waiting in a car while her husband paid for petrol at a central Whangarei service station had to fight off a man who got in the driver's seat and tried to drive away.
The attempted carjacking, at BP Wylies, on Maunu Rd, about 2pm on Monday, has left the 32-year-old shaken and questioning her positive impression of Whangarei. She also issued a warning for people to lock their cars at petrol stations even if there was someone in it - a warning echoed by police…."
Always have a screwdriver handy in your car. Nobody asks questions about a screwdriver. Unlike a bayonet.
Still, whatever the tool- they do not like it up 'em!
Posted by Oswald Bastable at 21:32 7 comments:

Some people 'get it'

"A $40,000 campaign to reduce begging on Wellington streets has been quietly ditched, with the council saying many people were simply confused by it.
The "alternative giving" campaign was meant to encourage people to give money to charities rather than giving it directly to beggars - but it raised just $3500 in eight months.
Wellington City Council has now shelved the programme indefinitely and is advising the public not to use the alternative giving campaign website or text donation service."

If I wanted to invest in a technology, looking ahead about 20 years, it would be in audiology.

It doesn't need Nostradamus to predict a huge increase in hearing aid demand given the current penchant for distorted low-frequency booming that is passed off as music amongst the shallow end of the gene pool.

I'm also wondering if advances in noise cancellation could be combined with LRAD technology, to cancel out the rowdy from a distance.

Or stun* them into silence.


* In much the same way as a depth charge stuns fish.
Posted by Oswald Bastable at 22:13 1 comment:

State housing- cancer of the suburbs.

I have recently moved into a street where almost all own their own homes. (well, at least have mortgages, to be more correct)

The last street was a nice street- right up until two houses past mine. Then the housing corp enclave started. Not a big one, there were only about six state houses.

All of which were run down, vermin infested shitholes.

Rubbish piled high, unkept yards choked with weeds and the trade mark 'Whangarei beach house' aka a blue warehouse tarpaulin nailed to the carport full of mouldy furniture. Every house had five different vehicles parked in the muddy remains of a lawn or over the footpath.

Despite being eligible for taxpayer subsidized housing due to poverty, there was never a shortage alcohol and it seemed that every second day, one of the ape farm had a party going, with the jungle drums beating from mid-morning until 3-4 am. Constant visits from noise control did little to curb this.

It's time to scrap this model of sprinkling state houses and other so-called 'social housing' amongst otherwise decent neighborhoods and filling them with the shallow end of the gene pool. If the powers that be insist on housing these vermin (I must be quite clear that I refer ONLY to the bad tenants- I'm well aware that many of housing corps tenants are good tenants and neighbors) then they need areas that are ring fenced and filled solely with those who cannot live amongst civilized folk.

Build out of concrete and steel. Like the institutions they are probably accustomed too...
Posted by Oswald Bastable at 21:10 3 comments: