And WE pay for this shit!

"Maraea Manu Gage, 24, failed to appear for sentencing in Whangarei District Court for the second time yesterday, forcing Judge Duncan Harvey to issue another warrant - after showing his displeasure at the state of affairs.
Police picked up Gage's four children, including an 8-month-old and a 6-year-old, from their Raumanga home after going there on an unrelated matter on May 10. The 6-year-old cradled her younger sister, watching a computer on which music was being played, and there was no food or heating in the dark, dirty house, lit only by the computer screen's glow…"
FFS- rip her goddamn uterus out with a frickin' boathook!
This evil slag- and there are so many like her in this town and throughout NZ- have absolutely no right to raise anything higher up the food chain than the fungus between her toes.
The kids she has spawned would be better off in a Victorian era orphanage!
Posted by Oswald Bastable at 16:32 4 comments:

"National has announced an up to $20,000 kick-start for low and middle income couples who build a new home.
Speaking to a 2500 strong crowd at National's campaign launch in Auckland today, leader John Key said the new package would help about 90,000 first home buyers over the next five years…"

Do first time home buyers EVER buy/build  a new house?
In my experience, they buy a house in need of work. Lots of work!
Because if the haven't just won lotto- that is all they can afford. 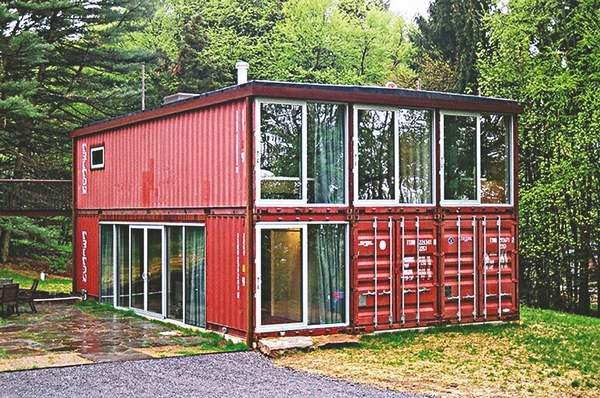 Or are we talking about one of these. (not that I would mind one)
Posted by Oswald Bastable at 14:38 5 comments:

And yet they are kept defenseless

"A 33-year-old woman kidnapped at knifepoint in Whangarei has emerged from her ordeal shaken but unhurt.
She was parked in the Laurie Hall car park in the central city about 8.30am when a man threatened her with a knife, police said.
He forced her to drive to Mair Park, then to the ASB bank on Kensington Avenue, and the car park on Quay Street in the town basin…"
This is the later of a spate hijackings- the previous were beaten off. Yet, do the powers that be have anything to say about realistic self- defense?
Of course not.
Nice compliant sheep have no need to carry pistols, Mace or tasters. No indeed! somebody might get hurt!

I kind of thought that was the idea…

Apparently it is not polite to refer to the birth of a girl-child as a 'dud' or 'blind'. Must be an army thing.

Also, the act is not 'calving'
Posted by Oswald Bastable at 21:59 2 comments:

Did you actually know the frickin' person?

So why get all frickin' emo?

Good people die every day without mention...
Posted by Oswald Bastable at 20:17 3 comments:

Why we have stereotypes 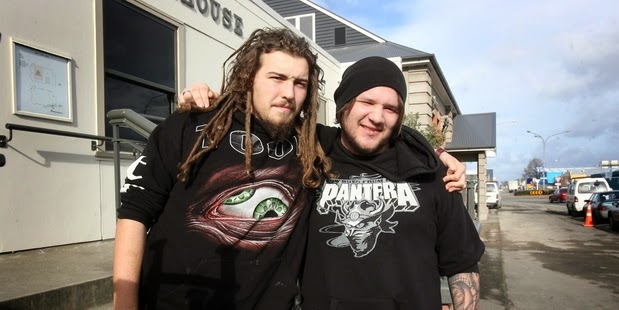 Yep, exactly what you would expect. We have stereotypes and profiles because so very often they fit.
Posted by Oswald Bastable at 19:22 4 comments:

"Labour is promising 1.7 million people - 40 per cent of the population - will be eligible for free doctors visits and prescriptions under a Labour-led government…"

It's easy to promise stuff when you know you won't have to deliver. The greens are even worse at this than liarbour. Anyone with a modicum of grey matter knows that there is either no chance of it happening or taxes go up for the few of us working.

I do a bit of it when kids ask if they can have an 80" inch TV or a playstation 4. My answer is-"yes- when I win Lotto". Difference is that I would deliver- and without robbing someone else to pay for it.
Posted by Oswald Bastable at 20:35 1 comment:

Some good stuff happens here too

"A team of researchers from Canterbury University have broken a world rocket altitude record near Tekapo in South Canterbury.
A launch team of five people watched as the rocket, nicknamed "Milly", broke the world I-class rocket altitude record on July 26.
The rocket hit speeds of over 2000 kilometres per hour and attained a recorded height of 4,889 metres, well above previous record holder John Wilke's 4324.5m…"
Posted by Oswald Bastable at 21:38 1 comment:

"Being made to do 90 minutes of exercise during school time would put more pressure on NCEA students, says year 12 student Cameron Bishop.
"I mean it would be nice because it would be time away from study but it would be time we could be doing study to get better grades…"
You whiney little candy-arsed twinkle-toed peter-puffer!
At Army Schools, every day started with a PT session that would make you DIE!
After that, you really appreciate keeping your fat chunk on a chair for the rest of the day.
Put cement in your wheaties and harden the fuck up!
Posted by Oswald Bastable at 21:04 2 comments:

"A Government working party investigating the logistics of online voting has found it could be feasible by 2016.
In a report released today, the group said online voting should not replace the postal ballot, but should work alongside existing forms of voting.
"Having considered international experiences, the local government electoral system and technological and security challenges associated with enabling voting online, we consider that online voting is feasible and desirable," the report said…"
It has been feasible for many years. Online voting is far simpler than lotto, which has been around here for 27 years and has to have a far higher level of security. Any consultant who says online voting is anything other than dead easy is a fraud and/or an idiot.
But then, they usually are...
Posted by Oswald Bastable at 21:19 1 comment:

There IS a better idea

"Reader V Francis writes in with a proposal for a record-breaking tourist attraction in Northland:
The impression I have is that the people of Whangarei would like to have something to draw tourists to Whangarei…"
Nice, but what we really need is more policing to keep the thieving bloody natives out of tourists (and locals) vehicles. The summer car park volunteers do a fantastic job- the program needs expanding and a bit more funding would go a long way. We are getting in the habit of carrying a few gold coins to give them a donation- it's well worth it to know your car will still be there and not ransacked after a trip to the beach.
Posted by Oswald Bastable at 21:40 3 comments:

"A family pet that left little Shephard Mea fighting for his life used to roam the street terrorising neighbours and had been aggressive towards the child before yesterday's attack.
The incident happened at a Housing New Zealand property, and Housing Minister Nick Smith told the Sunday Star-Times last night officials would launch an inquiry as dogs were not routinely allowed at HNZ homes…."
Again.
If I left a loaded shotgun about the house and one of my children pulled the trigger with fatal results, I would (rightly) be headed for jail.
I see NO DIFFERENCE here.
A side issue is that poor people so often seem to afford to keep big hungry dogs...
Posted by Oswald Bastable at 20:22 2 comments:

Take OUR towns back

"...They knew they lived in a beautiful place - they only had to ask the ship-loads of tourists that invade every summer - but they also knew their town was tatty, with grim public toilets and a waterfront occupied by parked cars and asphalt. It was a long way from living up to its potential.
Then a few townsfolk hatched a plan. They surveyed, questioned and schemed until they had a pretty good idea of what their fellow Paihians wanted.
They drew up plans and made demands, but found there was little the council could or would do in belt-tightened times.
That's where the Australian, an urban design guru named David Engwicht, came in.
He showed them you don't need councils, ratepayer cash or consents.
His was a message of reclaiming public spaces, of acting first and asking permission later.
Focus Paihia was already a community trust by then; from it sprang the Paihia Phantom Placemakers. With little notice and less permission they would descend on public spaces like an army of guerilla decorators, beautifying footpaths, the Village Green and Maiki Hill.
Emboldened by success they took sledgehammers to the town's biggest embarrassment, the Marsden Rd public toilets, described by a well-travelled graffiti artist as the worst in New Zealand, and turned it into a functional work of art.
But those projects pale next to the creation of a waterfront park on what used to be an ugly parking lot…"
Of course you can do it better, cheaper and faster than a bunch of regulations obsessed pen-pushers. This is what we need to see- people taking charge of their own lives. To hell with the busybodies that have to put a damper on all things good!
Posted by Oswald Bastable at 20:30 2 comments: