The enemy is down but far from out.

Try to remember who they are- the hard left- ESPECIALLY the Greens. They are the dangerous ones and their support is growing. Save the vitriol  for them.

Don't worry about poking holes is what's left of ACT, the Libertarianz or the up-coming Conservatives. They all have their flaws, along with some appeal, but your energies are best spent elsewhere.*

We have no common ground with the hard left.

We will have some differences with the other parties, but they are worth engaging in debate- all those that wish for less government are.

The Nat's are not our friends- their one and only grace is that they are the lesser of two evil and have more sugar coating on the Shit Pill. Thankfully, they are mostly incompatible with the Greens- but I once though the same about the relationship between them and the racist parties.

Don't both trying with the enemy. They will not be reasoned with, so don't bother- just highlight and publicize their flawed policy. Don't be ashamed or reluctant to use the same dirty tricks- you don't fight a war with one hand tied behind your back and they will show YOU no such mercy!

Destroy the hard left, then come for the left-lite.

* It's always open season on Winston First.
Posted by Oswald Bastable at 20:02 4 comments:

The party that shall not be named

No- not the Voldemort party. The- dare I speak it!- Conservative Party. They-who shall-not-be-named appear to have taken the Libertarianz spot as MSM pariah. (probably because they registered in the polls)

2.7% is a very credible first election- more votes than the now defunct Act party and the racist parties.

Why are they shunned by the media?

One thought is that a party with actual principles would make poor news. Note how they love Winston- he gives them so much material!

Why are they getting even more derision from the so-called right-wing blogs?

Look to Canada for the answer there (Hat tip: Redbaiter)

I shall be taking a great deal of interest in this newcomer.

Freedom of speech is now suspended- by order!

The election day gag is a complete load of arse, when it comes to the interweb!

If my recollection serves me, it was brought in to stop placard-wielding enthusiasts from haranguing voters at the polling stations.

To read my opinions, one must start their computer, open a web browser and search me out. They choose to seek out MY opinions. To agree with them, learn from them or in some cases- to indulge in the self-righteous delights of looking down their noses 'at what the Bad Man has written today'.

All of their own free will.

But free will has never been very popular with the powers-that-be.

I'm not one for telling people who to vote for or to give the whole affair a miss. They can bloody well sort that out for themselves.

The voters can decide how much interference from others they want in their lives. If they wish to be a citizen or a serf. We know the track record of the past ruling parties and their bed-fellows and their attitudes towards the folk that put them in power.

Rather depressingly, I know what the punters will opt for- even if they do not.

Sick of it yet?

The endless appeals of 'vote for ME'.

Everyone made up their mind ages ago.

At least, those with minds did.

It's rather depressing to know that which of the two major socialist parties gets in is  dependent on 'swinging voters'.

Indeed, they should be swinging...
Posted by Oswald Bastable at 20:45 1 comment:

Back to the orphanage

Given the amount of hand-wringing over the plight of the children of the 'Poor', in NZ- perhaps it is time to bring back the orphanage.

Surely they cannot be as bad as living in the fetid squalor of their lowlife breeders and they can get three decent nutritious meals a day, an education, clothes on the back- as well as learning the virtues of taking pride in work- as opposed to a drugged-out idle and useless existence.

We are aware of the excesses and abuses once committed in such institutions and now know to be vigilant against such acts.

The only way the cycle of abuse is going to be broken is to take kids out of it- and it's no use crying about the so-called parents 'rights'. Removing the breeders income stream may actually do some good too. Unlikely, but it could make some of them decide to work for a living.
Posted by Oswald Bastable at 20:33 4 comments:

The undecided voters on last night 'leaders' debate panel were anything but.

and at Kiwiblog
http://www.kiwiblog.co.nz/2011/11/so_much_for_a_panel_of_undecided_voters.html
Posted by Oswald Bastable at 07:20 1 comment:

"What miserable drones and traitors have I nourished and brought up in my household, who let their lord be treated with such shameful contempt by a low-born cleric?"
Posted by Oswald Bastable at 19:31 1 comment:

"...There were 275,000 children living in severe poverty and two out of every five of those children came from households with parents in work but whose pay rates were too low, she said..."


I bet the definition is not the same as mine!


Either way, I'm calling bullshit on this.


Great fact checking by the media-as usual.
Posted by Oswald Bastable at 20:46 2 comments:

Putting my entire CD collection on the hard drive.

Finally.
Posted by Oswald Bastable at 20:54 No comments:

Credit where it's due

"...Today, National leader John Key said beneficiaries on the Jobseeker benefit who did not apply for a job because they were asked to take a drug test, or who failed a pre-employment drug test would face having their benefit cancelled.
Those evading police warrants would also have their benefit cancelled....
Link here:http://www.stuff.co.nz/national/politics/policies/5969312/National-gets-tough-on-benefits
A step in the right direction, and hopefully the thin end of a larger wedge. I would like to see random testing for all those deemed fit to work.
Wouldn't be a bad idea to test all politicians either- but i think they are more drunk on power than any chemicals...
Posted by Oswald Bastable at 18:40 No comments:

"Family members of lost miners could be seen laughing and shaking their heads during the cross examination of a Department of Labour health and safety inspector in an inquiry today..."

I can confirm from my experiences in an unrelated industry, that the so-called 'inspectors' sent out to persecute inspect industry are totally and profoundly incompetent, ignorant, uneducated and arrogant. To the point of not knowing details understood by a trainee of some weeks experience. Not knowing the characteristics of common chemicals used throughout the industry, for example.  Not even believing the Material Safety Data Sheets, when they are thrust under their noses.


And, of course, not spotting the obvious hazards that are conveniently ignored...
Posted by Oswald Bastable at 20:18 2 comments:

The Elephant in the ED

"Six out of 10 New Zealand nurses have quit jobs because they are burnt out or because they face unmanageable moral issues...
...The results were similar to overseas studies, and a larger-scale national survey was under way with results due in mid-2012.
"The most disturbing thing was six out of 10 argued they'd left their position because of a moral issue," Woods said..."
Link here: http://www.stuff.co.nz/national/health/5956323/60-of-nurses-burn-out-and-quit
Would that major 'moral issue' be having to treat- and be nice to- a pack of feral, bloated barbarians that are entirely the authors of their own misfortunes?
The drunken, drugged lowlife that appear every weekend having smashed each other up, beaten their children or overdosed?
The same ones that simultaneously abuse the staff and legitimate users of the hospital, whilst screeching about their 'rights and entitlements'?
The ones who feign illness, in order to get a warm bed and food- having spent the dole on chemicals?
The same ones that it is a firing offense to speak out against- because that would be a breach of their human rights?
You can bet on it!

"The Wellington Regional Amenities Fund has gained the support of most Masterton District councillors, who say public need to be better educated to make an informed decision. (link: http://www.times-age.co.nz/news/councillors-back-regional-events-fund/1171292/)
The proposal asks councils in the Wellington region to contribute to a pool of $2 million to fund regional events and attractions that are significant or beneficial to the region..."


I will tell you who needs to be educated.


The fuckwit councillors, who have a history of being incapable of providing basic council services. When they can get the basics of water, waste and roads right, they might look at other services. Personally, I doubt they could do anything more demanding than running a jumble sale.


What business do they have promoting events?-  leave that to the professionals- the ones who stand to gain from running these events. They have the proper motivation.

... I would like to see most of the human race FAR lower down the food chain.

Tasty snack food for dinosaurs is all the bastards are fit for!

Abut 95% of the population could/should be culled and we would be the better for it...
Posted by Oswald Bastable at 21:29 2 comments:

Want them dead?- get DOC to save them

"A faulty temperature control has resulted in the death of about 800 rare giant snails taken from the Stockton plateau on the West Coast.
The Department of Conservation (DOC) took nearly 6000 Powelliphantia snails from the plateau in 2007 to protect them from Solid Energy's Stockton opencast mine development..."
'I'm from the government- i'm here to help...'
Posted by Oswald Bastable at 18:41 1 comment: 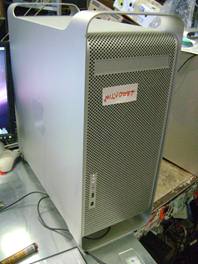 I'm sick of my windows POS crashing!
Posted by Oswald Bastable at 18:29 1 comment:

"The third woman accused of a violent Masterton group home invasion has been found by police hiding under a mattress.
Senior Sergeant Carolyn Watson, of Wairarapa police, said Koral Northover, 37, was found by police hiding under a mattress at a Lansdowne house on Tuesday afternoon when police executed an arrest warrant..."
Who would have thought the coppers would look under the bed?
They probably don't mention that she was having a smoke under there. (I'm making that bit up- or am I?...)
Posted by Oswald Bastable at 19:31 1 comment:

Labels: Only in Masterton

"A Waikanae family who were worried how they would pay for Christmas have claimed the massive $15.6 million Powerball prize struck during the weekend.
In a statement, one of the winners said the family had been living week-to-week trying to get by.
"A week ago I didn't know how we were going to do Christmas this year, it really is a miracle come true."
The winner said that despite the massive windfall they would continue to keep working as they loved their job...."
You love a job that pays so poor that you can't afford Christmas?- are you bloody mental?
The gods DO look after fools and drunkards!
Posted by Oswald Bastable at 20:14 5 comments:

All you want to know about welfare in NZ, thanks to Lindsay Mitchell. 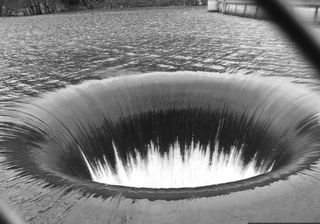 "Locking misbehaving tenants out of state houses could condemn their children to a "rotten start in life", Labour leader Phil Goff says.
Prime Minister John Key and National's housing spokesman, Phil Heatley, yesterday unveiled the party's get-tough state housing policy during an election-campaign visit to Cannons Creek, Porirua...
...Goff said children would suffer for their parents' misbehaviour.
"I've got absolutely no sympathy for tenants that don't meet the conditions of their agreements," he said. "But how do you make sure you are not relegating children to a situation where they really get a rotten start in life because of their parents?"..."
How about the fuckwit so-called 'Parents' consider the effect of their recidivist behavior on their income stream children?
Lets have some of that evil far-right personal responsibility for one's actions!

Hippie medicine in a handy can

At Knuckledraggin my life away!
Posted by Oswald Bastable at 17:53 1 comment:

Time for a new job 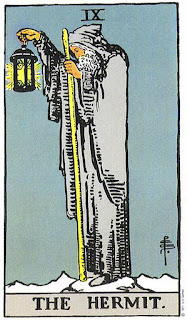