Get a friggin' grip assholes!

"A video depicting gingerbread men doing the haka has upset some members of the North Shore Maori community.

Bakery Industry Association of New Zealand designed the video to promote the Bakery of the Year Awards.

But some people feel the video borders on being culturally insensitive..."

FFS- how about focusing on your own stomping on their kids! Lay down the bloody challange to them instead of whining like a bitch over a bunch of dancing gingerbread men!

This is absolutely pathetic and quite typical of why you are looked down on. Like those in politics, the REAL issues are brushed over and the focus is on stupid little points like prancing confectionary.

Stomping babies is something all cultures find offensive. We don't really give a damn about the antics of animated biscuits...
Posted by Oswald Bastable at 08:01 9 comments:

Time for some cost -cutting.
The name of the game is 'Decimation'
Each inmate gets on 'Ticket' in a draw, per year of their sentence. These are drawn until 10% of the prison population has been selected.
They all get a trip to meet Jack Ketch.
Repeat annually.
Simple, really
Posted by Oswald Bastable at 20:02 5 comments:

There is a line used in Corrections that: "people are sent to prison as a punishment- not to be further punished"

What a lot of donkeybollocks!

Of course there are- and some more than others!

Human refuse that would put a 3-year old in a tumble drier deserve a tumble in an industrial concrete mixer. That sort of thing.

The Movie "The Running man" had another great idea, where crims were to take part on a particularly nasty 'Reality TV' show. The TAB could buy the betting right as to who gets it, when and how! Pitched battles between rival gangs, using traditional weaponry are another possibility!

I'm in favour of a sort of reverse 'Crocodile Hunter' where the crocs are doing the catching!
Posted by Oswald Bastable at 20:29 7 comments:

It's a damn good book-taken in the correct context that it is a kids book!

The critics are blowing smoke out of their misused arses, the only opinions that count are those of the purchasers.

I even give credit to those who write crap I despise- like mills & boone.

The only votes that count are dollars over the counter.

If you think that your book has done well and you have take a taxpayer-funded handout- you rwork is less than worthless.
Posted by Oswald Bastable at 22:22 2 comments:

I've found boiling mud- can I take it home? 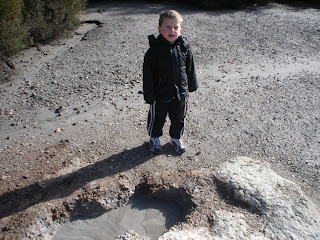 http://www.youtube.com/watch?v=xyUX6wV1lBQ
Posted by Oswald Bastable at 20:23 No comments:

About our future in NZ

The Iron mines of OZ are looking good right now.

I'm not bad on an excavator and better than most on a loader.

For that alone i can earn more than twice what i make here as a qualified tradesman.


If it were just me I would have already gone...
Posted by Oswald Bastable at 22:34 7 comments: 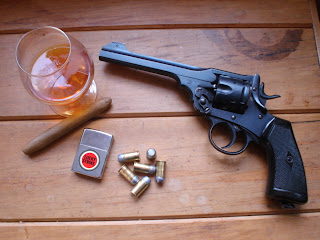 Well, someboby listened to Jim once to often- Here!

There's nowt as strange as folk!
Posted by Oswald Bastable at 18:35 1 comment:

A culture of Nannying

I heard this story- it was impossible not to.

Only because journos are such lazy sods and only take stories handed to them, mind.

A bunch of adults stay out late and get 'fined'

It's probably a contract issue- if so, it's worrying trend. I could see this curfew clause speading throughout all contracts. Bugger me- that's one Herr Helen would love to see- and never dare to initiate herself!

And please tell me the 'Pony Club' is a brothel. Otherwise it just sounds too gay for an AB drinking spot!
Posted by Oswald Bastable at 18:33 5 comments:

What planet do lefties come from?

I think I found one!

It's for the age group, anyhow!
Posted by Oswald Bastable at 19:22 2 comments:

LOOK before you cross the friggin things!
Posted by Oswald Bastable at 19:51 8 comments:

Too Hard- but there is another option below... 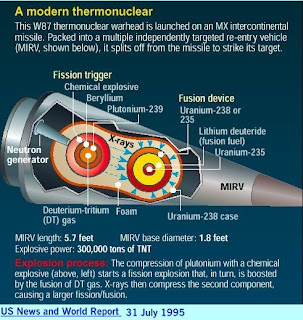 I have been infected with a very unpleasant cold and find myself in a particularly foul mood.

It's probably a good idea to keep me away from sharp things or nuclear weapons. Ever heard of Mutually Assured Destruction?

Now I have to go and cough up more green slime...
Posted by Oswald Bastable at 20:40 5 comments:

Exactly when did you turn into Froot Loops?

Hat Tip to Crusader Rabbit and The Sniper

Police in Iran are reported to have taken 14 squirrels into custody - because they are suspected of spying.The rodents were found near the Iranian border allegedly equipped with eavesdropping devices.

The reports have come from the official Islamic Republic News Agency (IRNA).

When asked about the confiscation of the spy squirrels, the national police chief said: "I have heard about it, but I do not have precise information."

The IRNA said that the squirrels were kitted out by foreign intelligence services - but they were captured two weeks ago by police officers.
Posted by Oswald Bastable at 20:48 1 comment:

Musings from a lakeside cafe

It's not a new idea- I have seen it on a few science-fiction movies, but as I sat looking out at Lake Rotorua I wondered why nobody is putting out DVD recordings of such scenes.

With the cost of large screen LCD and plasma screens falling, I could see these replacing picture windows- especially in smaller flats witha view of- more small flats.

A short loop with a bit of background movement- a boat or critters in the distance.

By day Rotorua, the Serangeti, the Antarctic- at night the skyline of Manhatten, an erupting volcano- the possibilities are endless.

Cheap to make, potentially large volumes sales- I can't imagine why somebody isn't doing this!

They are rather useful, especially when conditions are bad.

Yesterday, it seemed that 'Slippery when Icy' was beyond the comprehension of many drivers.

Plus 'Slippery when icy means slow the hell down'. I passed five cars off the side of the road, showing that some don't pay attention to these points.

I got passed by quite a few, unhappy that I was travelling at a reduced speed.

Tough shit to you! Feel free to kiss my undamaged arse.
Posted by Oswald Bastable at 12:00 7 comments:

Nobody knows who farted

Certainly not anywhere I was- it never got quiet enough to hear the offender. But I came to appreciate the sulphur. It overpowers the noxious smell children make! (Mostly!)

Holiday and children should never be used in the same sentence. Not once did I get to do anything exciting in a hot pool, nor did I get through the amount of liquid refreshment that one should- were one REALLY holidaying!

Mornings would start at 0500, as the child storage facility was insecure and hotel management take a dim view on DIY locksmithing. There was no cartoon network either, but that only appealed to one of the children, in any case.

Any outings would usually appeal to one but not the other child. This would end in howling, followed by more howling, as I discreetly ignored the Child Thrashing Act 2007 and covertly applied torsion to an earlobe.

The one activity that everyone enjoyed was swimming/soaking, so a daily pilgrimage to a hot pool was made.

All the Rotorua ones fell short, being overpriced, overchlorinated or overcrowded- but I found a delightful pool at Waikite (Link) (37km away) that was untreated mineral water, had a passable urine/water ratio, served beer and was $25 per family.

The DUCK tour was also a crowd-pleaser at $116 for the family. The appeal of touring around in a WII amphibious vehicle was too much for me to resist and a soft-top truck with a big diesel engine drowns out the demands of children most effectively!

For vittles, I had heard the tongue of good report spoken in favour of The Pig and Whistle. They were right!

For serious carnivores- the Barbe ques Ribs ($17.50) came as they should- as many as can be heaped on a plate and without carbohydrate or foliage clutter. Stella on tap is another drawcard I find hard to resist.

The kids meals were about the size of average adult pub meals- take a hint and just buy them the pigtail chips.

Bugger the flax pinnies and stick-waving- an attraction that also found favour with me, and to a lesser degree the kids ,was the Caterpillar Experience ($40). I would have spend all day in that shed and will have to go back without the ball & chain. Who could be possibly bored in a shed full of bulldozers? (Apart from those with a testosterone deficiency)

At first I thought the town to be expensive, but I had been comparing wildlife parks and pools with those run by councils and funded by the poor bloody ratepayers. What would the TRUE cost of going to Wellington Zoo or Te Papa be, if one paid the true cost?

And would anyone bother to go to the second!

Then I went into Retail Hell (Pak & Save) and found that the beer was cheaper there than here!

I will be away for a week. I'm taking the wife & kids on their first holiday away.

First one for the boys, that is!

After I get a few hours sleep, we are off to Rotorua to do tourist stuff for a week.

It's not MY idea of a holiday, but it's what they want.

My idea of a holiday involves a book or two, a crate of gin and an isolated spot where there are NO OTHER PEOPLE.
Posted by Oswald Bastable at 18:16 7 comments:

Greg Carvell off the hook!

That should be the end of that!

Apart from all the money and anguish- defending what they should have been praised for!


How many more self-defense cases do we need to be discharged before the crown law office (or whatever those political toadies are called) stops persecuting the innocent?

This one won't be the last.
Posted by Oswald Bastable at 20:31 4 comments:

Supporting a worthy cause

So many fun things to buy, so little money!

SAI have some great stuff. Get it before some hand-wringing soft-cock has it banned!

This item above seems to be quite effective in fending of nutters with knives. Not as well as a .45 or a taser, but one works with what one can get!

Just the thing for the wife to put in her handbag!

Posted by Oswald Bastable at 20:27 No comments:

Another looney who wants somebody else to top them.

If you can't do the bloody job yorself- don't expect some other poor sod to do it for you- and that means driving into trucks & trains. Take a bloody overdose or go swimming with a sack of bricks!

Anyhoo- I was thinking about The Carvells and what they have been out through. All that grief could have been avoided if they were allowed to stock another line in merchandise.

Any fucktard seeking an assisted suicide could get some electron therapy instead- without a wait for the police. Time in which somebody could have died in.

Tasers and pepper spray are a great tools for the police.

They are for the rest of us too.

IT IS A DISGRACE THAT LAW ABIDING CITIZENS ARE FORBIDDEN THESE TOOLS!
Posted by Oswald Bastable at 20:46 8 comments: 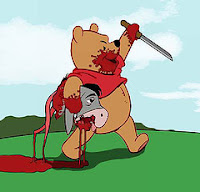 Pooh Goes Apeshit
Everything was rather quiet in the hundred acre wood. The trees whispered to each other as the wind rustled their leaves. Under a large oak tree, there lived Pooh bear. From inside Pooh's house, there came a steady bang...bang... bang!, that was making his honey jars rattle on the sideboard. The light came through the window, and in the evening sun Pooh raised the axe once more and brought it down on the tattered remains of Christopher Robin.
"Why...won't... he...fit..." puffed Pooh to himself as the axe came down once more.
Read the rest here. 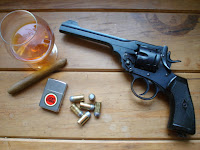 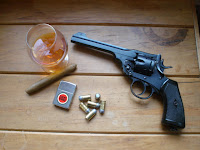 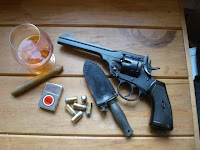 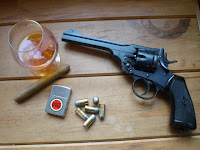 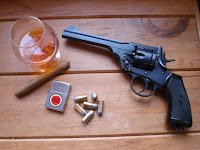 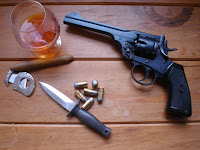 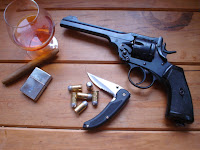 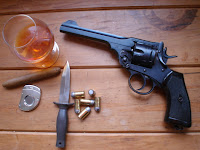 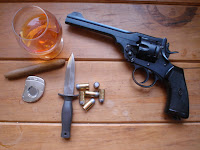 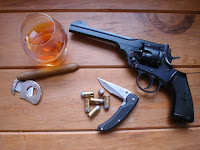