What is this bullshit from the courts? 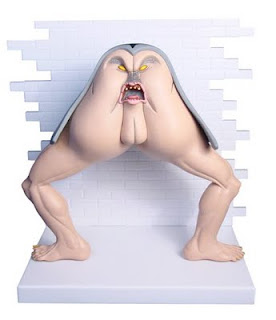 "...After the verdict was delivered by their foreman, all remained sombre. Judge Wild commended Sullivan, Walker and Kupa-Caudwell for their conduct throughout the trial, saying it was ''not easy for any of you - but your behaviour has been first class and you deserve praise for that''..."

What is this crap-they have just been found GUILTY of a particularly nasty sustained beating that lead to the victim dying several days later when his life support was turned off!

No praise for those vicious scum is needed or deserved If they fail to behave they should be clobbered and get a few more years!

Then the Beak gets all political!

"...Justice Wild used the occasion to hit back at critics of legal aid defence lawyers, telling an emptying courtroom that the criticism was ''not justified in this trial''. Addressing the three legal aid defence teams, he said: ''From start to finish every single one of you has been an exemplar of defence advocacy...''

Commentary is called for when you don't.- or is this so unusual that he felt compelled to speak up?
Posted by Oswald Bastable at 19:44