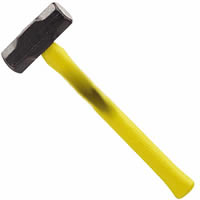 Hat tip to David and Kiwiblog, for the link to this story in Granny Herald

His daughter had become so depressed that Mr McMillan called Telecom and asked that the number be immediately disconnected.

He thought that because the phone was registered to his name, stopping the account would not be a problem. But he said Telecom told him the user of the phone had to consent. "I gave them the reasons why and pleaded with them. They refused, saying that the only way this could happen was for me to report the phone stolen and file a police report."

Mr McMillan said getting his daughter's consent was impossible. "Can you imagine the screaming match if I tried to physically take the phone from her? It's a social lifeline."

OK, who else has spotted the glaring contradiction here- she is soooo depressed, but won't give the phone up. What do you really want, you stupid girl- attention, I would bet.

And your father needs to get a backbone- fuck the hysterics, go and get your hammer!-it's not a frickin' lifeline, it's a noose!

I would bet there are more issues here than the friggin' phone!

Then there are the stories of death threats by text, left on answerphones. Threatening to kill IS a serious offense. If the schools wimps out, so what- they are not in the business of policing. File a complaint with the police and make a nusiance of yourself until they do their job- it may take that to get them off revenue collection.

Now the curly question- how will Nanny State overreact to this isssue?
Posted by Oswald Bastable at 11:50

When I was going to Uni, some halfwits down the road called me kiddy-fiddler and threatened me with certain actions they fealt I was deserving.

Anyway, the teenage halfwits did it by leaving a message on my telecom answerphone (when they knew I was out of course), to make matters worse the little idiots phoned me from their home phone. Mummy and Daddy were most upset when the Boys in blue paid them a visit.

Like certain reporters, I guess they saw me about and thought I was an easy mark.