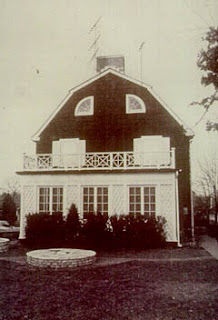 "A house which burned down in Porirua's Titahi Bay this morning is the same one in which two women were killed three weeks ago. The Morere Street house has been extensively damaged after it was set fire to just before 6.30 this morning..."

I have seen quite a bit of this over the years. Somebody dies, so superstitious primitives have to burn the house down. What is the deal with the need for wilful property destruction? Was this one of those Amityville horror sort of houses with blood oozing out of the walls?

I thought a bit of mumbo-jumbo muttering and wailing with some water flung around was meant to appease the ghosts!

Note that- OUR house.

I await the news of arrests for arson- if thats not deemed too culturally insensitive, of course...
Posted by Oswald Bastable at 20:01