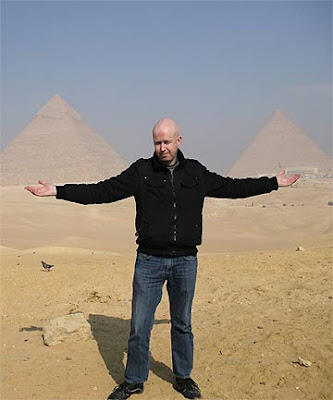 "A Kiwi beneficiary has travelled the world funded by the dole, spending nearly two years seeing the sights of Europe, Asia and Africa without his unemployment benefit being cut off.

In an international escapade that has left Social Development Minister Paula Bennett and Work and Income fuming, Peter Freedom, 34, has admitted seeing the world at taxpayer expense.

Mr Freedom left New Zealand for Australia on April 11, 2009, expecting his benefit would be cut off two weeks later. "I was just amazed when it didn't," he said from Dubai.

He visited Europe, the Balkans, Britain, North Africa and Asia before his benefit was finally axed late last month.

He gets my vote for this week's person in need of a damned good flogging!

Posted by Oswald Bastable at 13:35

He must be good with money though, the dole doesn't pay much! Yes not to be condoned, but he wouldn't be the only one.

If we didn't have welfare DSW could be as incompetent as they liked and it would make no difference. There's an idea.