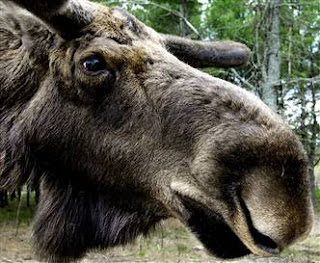 I won't be going near the keyboard for the rest of the night as I'm making Moose Snot.

Wonderful stuff with far more uses than lubing pistol balls, but it does not go well with keyboards!

The commercial equivalent costs about $20 for a small tube. For about $3-4 I can make a kilo of it, which lasts me about 5 years.

Update:
The link doesn't for some so:

A premium multi-shot between wiping (10+) patch lube stable over a wide temperature range.
SPECIFICALLY designed for use of patched round balls in a loading block


Heat beeswax in a soup can set a pot of water. ( A double-boiler. I keep my beeswax in a one pound coffee can and measure out what I need by melting it and pouring it into measuring cups). Add just enough water so the inner can does not begin to float (should be just short of the lube level in the can). Heat the water to a low boil. In a separate can, add the castor oil and Murphy's oil soap (cold). Once the beeswax is melted, swap the castor oil can in the pot of water for the beeswax. Add the beeswax to the oils. It will clump up. Stir with an ice tea spoon as the mixture heats up. When it fully melts there will be a scum that floats to the top and just won't mix in. Be patient. DO NOT COOK THE MIXTURE. Once the solids are dissolved there is no need to heat further. Skim the scum off. Remove the mix from the heat and wipe the water off the outside (so it won't drip into the container when you pour it out). FINAL TOP SECRET STEP: Add a teaspoon of Murphy's Oil Soap and stir vigorously. This last step makes the lube frothy and smooth - really adds to the appearance; though it doesn't seem to matter to the function of the lube. Clamp the can in the jaws of a vice-grip pliers and pour into the waiting tins. Allow to cool a half hour.

Note: it if is a hinged tin - line the edge that has the hinges with a strip of aluminum foil so it doesn't ooze out before it cools.
Posted by Oswald Bastable at 19:14