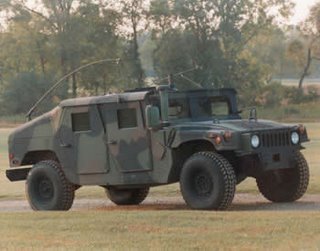 But seriously, the greens have yet again missed the reality (if nothing they are consistant there)

We already have a comsumption tax on Real Blokes wagons. It's called GST.

More diesel, more GST- as well as the host of other hidden taxes.

Caught a bit on the news- some smarmy Chardonnay socialist banging on about how we should be buying (expensive) hybrids just like Ms Goody-Goody Two-shoes herself. Fuck you!

Try pulling a trailer load of strainers or boulders in one of those! The arse end would fall off!

They may be the cat's pajama's in town, but useless for most of NZ, where cars are used for more than drive to vegan cafes.

Those big-assed landcruisers and 4wd's might be a status symbol in town, but are a nessecity when towing or travelling poorly maintained gravel roads. And I'm not refering to skifield roads here!

Fecking greens seem to forget where the food comes from. But then the people in thosae areas don't vote green or liarbour...
Posted by Oswald Bastable at 08:50

Is the moon up already?

I agee many are out of their depth in a Remuera Tractor. The Greens have a point, driving these things around the city is tough on the local streets with an increase in roadworks budgets for local Councils. The price for having such vehicles is worth a higher road user tax. I would use the Diesel tax set up were owners of 4x4 are charged in advance for their Kms used.
I sent my thoughts on this issue to MP Harry Dynhoven. I'm waiting for a reply.

saver, increase gas mileagevehicles.Still, hybrids run on gasoline, which is not an alternative to gasoline no matter

I have a Hybrid car in Brazil.

Runs on Ethanol and Gasoline...

I rather use Ethanol, my car gets WAYYYY faster and stronger.

Also it's cheaper! And it pollutes less than gasoline.

The smell is also delicious.

DAMN YOU GREENS AND THOSE ALTERNATIVES ON FUEL!