Learn the meaning of SHAME

From the MSD propaganda rag, as posted over on Lindsay Mitchell's Blog: (also at KG's)
"...We are second only to the US where their rate is also boosted by very high minority teenage birth rates.

Vulnerable and unsupported teen parents and their children can face a multitude of disadvantages. New Zealand studies show that compared with women who had not become mothers by age 21, teen mothers are:

Well this is refreshing. An acknowledgement that having babies very young is neither good for the mother nor the children.

But what would I put this unusual frankness down to?

Pleading on behalf of the Trust? They will always need more funding.

But the pleading highlights the way government handles the problem. Pour in more and more corrective resources.

Instead of saying, hang on a minute. This is avoidable. Why are the statistics so high? What has the welfare incentive got to do with it?

Health analysts have no problem grasping the concept of prevention. It is cheaper (and better for the patient) than treating disease.

In the social arena however the attitude seems to prevail that the high teenage birth rate is fait accompli, a cultural tradition even. 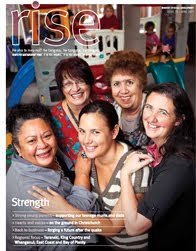 And as I re-read the article it strikes me, looking at the cover and the smiling faces, that this is published by the MSD as a good news story. Look at us. Look how well we are doing..."
It's a damned shame eugenics got such bad press. We certainly need it for these leeches that are tapped into society's major arteries.
They and their apologists have a serious moral malfunction when they CHOOSE to deprive EARNERS and their families of what is rightfully theirs. What they would use to raise their own families.
And they are smiling about it, playing us for the dumb suckers we are...
Posted by Oswald Bastable at 18:44

Only the alternative type doctors I go to are really concerned about prevention and cure. The normal position today is to treat symptoms because that's where the $ are.