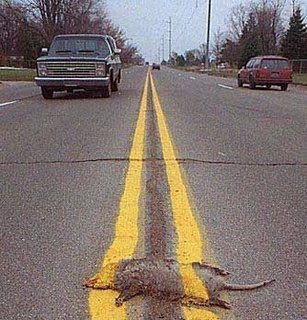 Prime Minister John Key has criticised the remark as silly but retains confidence in the first-term list MP..."

What exactly was the big frickin' deal?

I wouldn't call the remark 'silly'

Saying that the public would be scared to approach an armed policeman- Now THAT is silly!

No wonder so many politicans can only spout fluff with zero content. They have all brought into the PC nonsence of being scared to offend anybody!

If stating a hard fact is having ones foot in ones mouth- then we need more of this. I wish we had a few more plain-speaking types running the show.

Fact is- a hell of a lot of Aucklanders would like to see the bottom-dwellers winding up as roadkill!

Posted by Oswald Bastable at 19:28