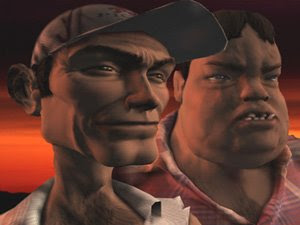 Here is a classic media beat-up.

They were as likely to knock off the Sock Puppet as they were to successfully hold up a gun shop. All piss and wind.

It's the sort of thing you hear in a pub most Friday knight, where someone get as skinful and is going to shoot (insert politician of choice] in the guts.

Like Joe the farm hand who is going to drop the governor-general for what the bastard said in 1954- any planning came out of a bottle.

They probably wouldn't be capable of picking up a few tips from a Tom Clancy novel (no pictures).

But of course the police have to work on possibilities, not probabilities.

The cynical might say that the timing was impeccable for a few sympathy votes. The evil right tries to knock off the new prophet.

However, I, like God, do not play with dice and do not believe in coincidence...