Retards on the road 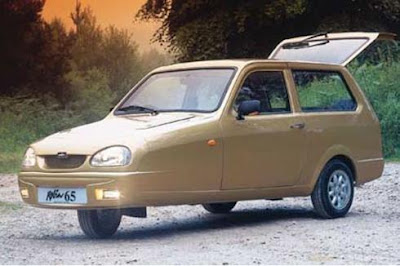 It's my favorite time of year- when all the non-drivers take to the roads!

For once they get past the 50kph sign and are from that point in brain arrest.

There are several main groups.

The- 'I drive EVERYWHERE at 65k' group - on the open road, down the driveway, though snowstorms and in front of ambulances with beacons and sirens on.

The 'I'm Fuckin' Speed Racer' types- they must overtake at all costs- anywhere, in all conditions and with total disregard for anyone else using the road. It's a damn shame more of them don't die in flames, down a bank out the back of nowhere.

The 'Nervous Nana'- only travels at 2/3 the speed limit 'to be safe'. Drives a new three-door or a Pirus if they have money.

The 'I haven't got a fucking clue where I am/are going/how I'm going to get there' Too mean to buy a map or a GPS. In the unlikely event that they ask you for instructions, it is always fun to put on a German accent and act confused. That's the payback for being trapped behind one for an hour as they slow down to look around like those fairground clown's heads.

The 'Harrased Parent'- easily recognised by the overloaded station wagon and obnoxious children/wives. Avoid them they may be armed when the snap.

The 'Non-driver'- for the rest of the year they only drive to the railway station, kids school or shops. This is the first time in a year they have driven more than five km. They may display any or all of the above behaviours.


I'm working in a point between the holiday spots.

I wonder how long it is before I'm first on the scene to some bloody mess this year?